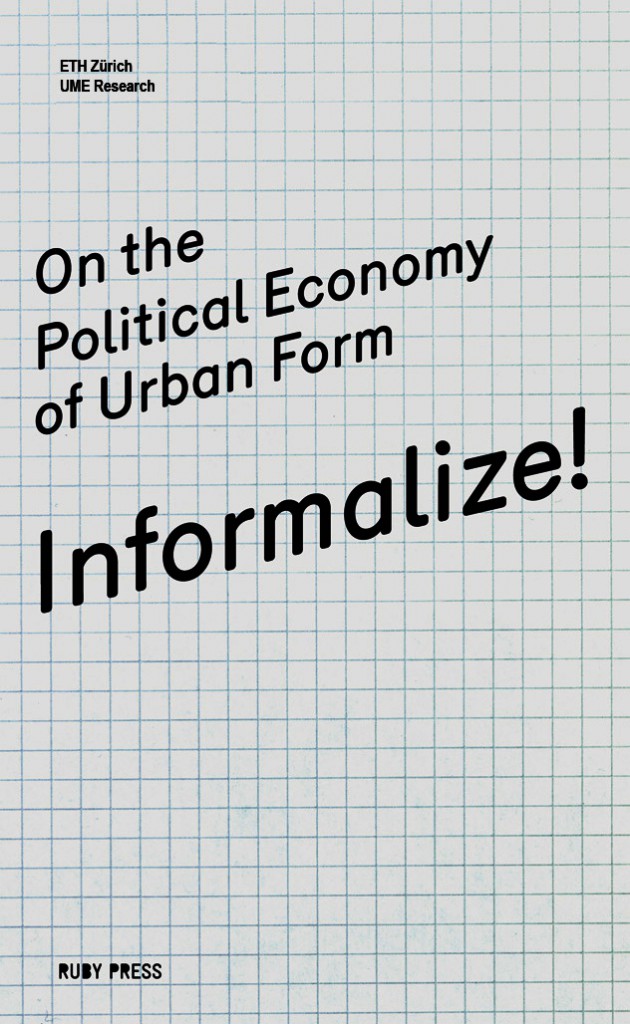 In Search of the Determinants of Urban Form

“A new science called ‘political economy’ and, at the same time, a characteristic form of governmental intervention, that is, intervention in the field of economy and population, will be brought into being by reference to this continuous and multiple network of relationships between the population, the territory and wealth. In short, the transition in the eighteen century from a regime dominated by structures of sovereignty to a regime dominated by techniques of government revolves around population, and consequently around the birth of political economy.”1
Michel Foucault, Security, Territory, Population

If we take Michel Foucault’s definition of the political economy as both a science and technique used by governmental practice to structure populations, territories, and wealth, t hen the study of urban form as a physical manifestation of the political economy can reveal the social, economic, and political implications embedded in the city. This becomes all the more apparent as urban planners lose control of urban development to the dynamics of advanced capitalism: the fundamentalism of neoliberal politics, the domination of financial capital, and the privatization of public space. Whether we look at the empty sprawling suburbs left behind by the U.S. subprime mortgage crisis or the slums that continue to increase in size and number, the crisis of the human habitat clearly reflects the failure of our current urban economy to serve the basic needs of a constantly growing population. While we can trace the crisis of the prevailing system in the political and economic implications of contemporary space, the city of today and tomorrow is increasingly shaped by agencies, negotiation processes, and power structures outside our traditional understanding of urban development. In turn, the multiplicity of urban forms also marks the materialization of new social, economic, and cultural orders.

With the curiosity to cross disciplinary boundaries, this first volume of contributions from the UME lecture series at the ETH, Zürich, explores the topic of urban informality. Within the context of African urban studies, the International Labor Organization (ILO) first introduced the term “informality” in a 1972 report on the informal sector in Nairobi. The ILO report codified a language to describe informal settlements that continues to be used by scholars up to this day. According to the report, urban informality applies to areas where the informal sector has a base, services are poor or non-existent, residents are invisible to legal frameworks, and harassment by authorities is commonplace. The characteristics of the activities of the informal sector, including “ease of entry, reliance on indigenous resources, family ownership of enterprises, labor-intensive and adapted technology, skills outside the formal school system, and unregulated and competitive markets,”2 are evaluated against what are often large-scale and high-tech formal systems of laws and regulations.

While some informal environments still meet all of these qualifications, not all do; it is therefore virtually impossible to establish a clear definition of urban informality. In part, this is because urban informality manifests itself today in many different ways. But it is also because informal and formal systems are increasingly connected and interdependent. Long ascribed to the infamous urban growth of the global south, urban informality can, in fact, no longer be understood as a shadow world excluded from capitalist markets and public welfare systems. In the words of Ananya Roy and Nezar AlSayyad, “urban informality does not simply consist of the activities of the poor, or a particular status of labor, or marginality. Rather it is an organizing logic, which emerges under a paradigm of liberalization.”3 Whether we interpret urban informality as “liberalization from below” or disqualify it as a threat to the very project of the city and a desperate attempt to access the free-market economy, urban informality is, and has to be, recognized as a dominant mode of urban production.4

To reflect the many manifestations of urban informality, this publication collects four articles that offer unique and international insights into the phenomenon. In the first article, “Accommodating the Afropolis,” Tom Avermaete traces the career of Michel Ecochard and the development of the transnational urban planning expert. As the chief urban planner in Morocco during the forties and the fifties, Ecochard developed strategies for urban development that for the first time recognized informal building practices and traditional customs and combined them with the formal approach of the functionalist planning of the time. To this day, the gridded carpet settlements introduced by Ecochard still define the overgrown urban fabric of Casablanca; intentionally or not, the democratization of space has occurred not by any act of the Moroccan government, but by the daily appropriation of la Trame Ecochard by the Moroccan people.

The challenge that Ecochard’s practice raises against the dichotomy of the informal and formal is furthered by Fran Tonkiss, who emphasizes the ambiguity and flexibility of what we describe as informal. In her article, “Informality and its Discontents,” the term is discussed not through any prevailing discourse, but through the very contradictions that define it: organic settlements versus slums, self-help versus abandonment, social capital versus racketeering, temporary use versus insecurity, looseness versus disorder, and, finally, commonalty versus invasive publicness. After unraveling the many inconsistencies that allow informality to translate between the developed and developing world, what remains is the ability of the ordinary inhabitant to enact and influence the making and remaking of our cities.

Surprisingly efficient, stable, and “normal,” the total informalism of Belgrade, Serbia, is a perfect example of informality’s many inconsistencies. In “Brick and Gold,” Milica Topalovic writes that Belgrade did not gradually informalize over time; instead, informal construction was and remains both the standard and the basis for post factum legislation and planning in Belgrade. In arguing the efficiency and stability of these informal negotiations and ad hoc planning practices, Topalovic shows how urban informality has appropriated urban elements that are constitutive to the construction of normality, such as infrastructure, street names, and public spaces. The legalization of illegally occupied agricultural land coupled with the privatization of the city’s assets created a new model of the suburb, argues Topalovic; oriented towards the city center, these informal neighborhoods appear as successful social projects where Belgrade’s Wild Rich, farmers, and paupers all share the same space.

Investigating subaltern spaces, Ananya Roy takes us to the most iconic and common itinerary through which the mega-city is recognized and stereotyped: the Third World slum. With Dharavi, India, as a case study, the protests against Slumdog Millionaire and the stigma of underdevelopment provide a starting point for a two-pronged revision of the subaltern. The first challenges the post-colonial treatment of the subaltern as a space defined by difference. Looking at four emergent urban phenomena caused by transformations in the global South, Roy sees the subaltern as an agent of change and subaltern urbanism as a space defined by vibrant entrepreneurial urbanism and political agency. While marking the limits of ethnographic and archival recognition, Roy’s analysis of the concept of the subaltern goes even further. For Roy, rethinking subaltern urbanism requires more just the inclusion of the narrative of the subaltern in the formation of theory. Indeed, it implies a paradigm shift in which the narratives of people are themselves taken as the production of knowledge. Rethinking subaltern urbanism, as such, is both the reference and vanishing point that establishes the slum and the periphery as theory.

With the title Informalize!, this publication recognizes in informal practices of subaltern urbanism a counter strategy against dominant modes of production, referencing research that responds to the global failure of the free market economy and the loss of governmental control. It attempts to read emerging urban structures as indicators of the processes of change that underlie urban growth and development. It traces the contours of an urban revolution that is taking place in the way we understand, produce, and sustain our everyday livelihoods. And, ultimately, it tries to grasp the prevailing determinants of urban form as a paradigmatic shift toward new ways of assembling and applying knowledge on the making of the city.

4 The projection that in about twenty years, half of the world’s urban population will live in self-built structures erected beyond official planning and state control illustrates the magnitude of an urban reality that might be far more complex, diverse, and unexplored than the type of cities that we have focused on so far. See United Nations Human Settlements Programme, The Challenge of Slums (Nairobi: UN-Habitat, 2003).