A new narrative for the future of the Durana Region cannot be developed from scratch, we have to start in media res—in the middle of things. Durana‘s reality, it‘s fragmented urban growth has to be accepted.

The project Residual Arcadia is aiming at the strengthening of the landscape qualities in the region and the orchestration of urban growth in view of its ecological, social and economic opportunities.

Instead of being controlled by an overall masterplan, the Tirana-Durres corridor will rather gradually deploy its specific qualities if its fragmented texture will be embedded within the overall framework of the cultural landscape of the Durana Region.

The future narrative for Residual Arcadia is composed by two constitutional elements: 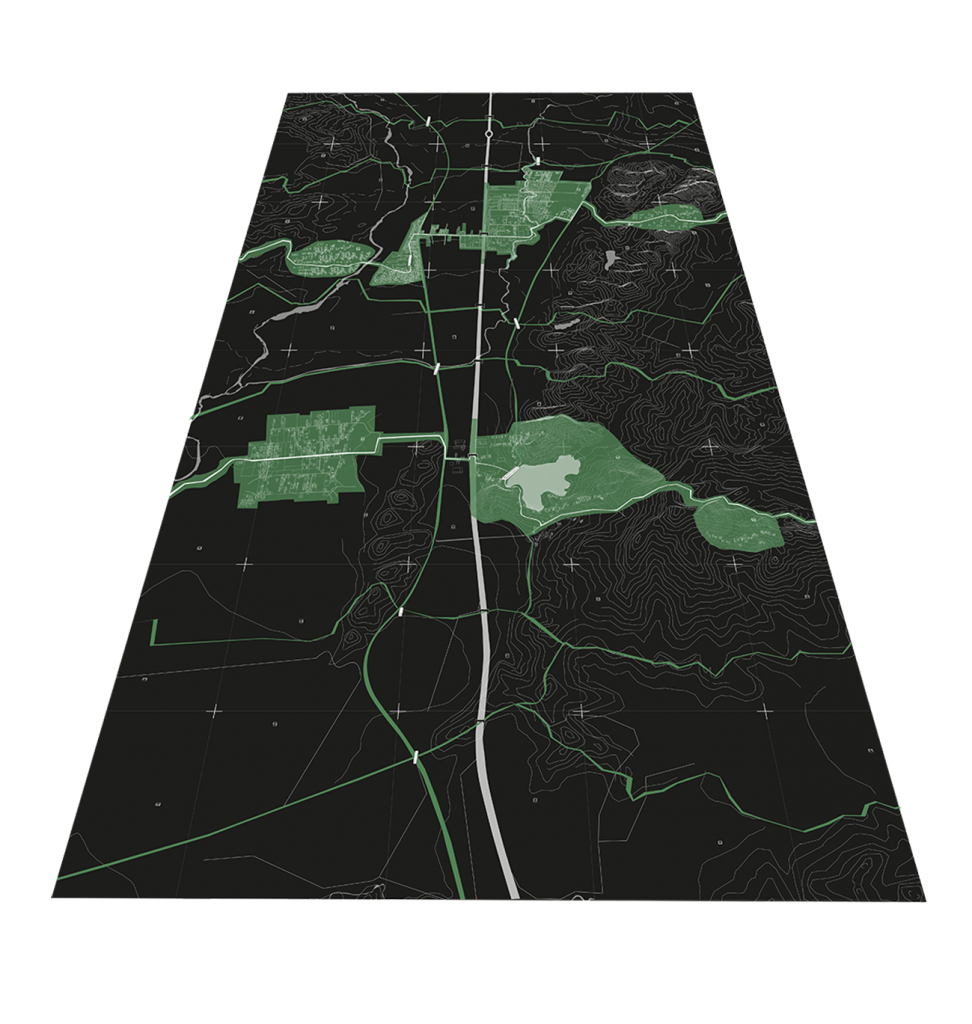 Based on the two constitutional elements of the narrative for Residual Arcadia (the field, the promenades) the performance of diverse actors and agencies will be tested through proto-typical interventions aiming at the exploration of the potential oportunities for the future development of the Durana Region.

The main quality of the Durana Region lies in its landscape features: the topo-
graphy of the Tirana-Durres corridor, its land that has been cultivated by the Albanian people and that is marked by the abundant vegetation of the Mediterranean. Residual Arcadia developes the cultivated landscape of Durana further by paying particular attention to in-between and left-over spaces.

The future vision of Residual Arcadia is anchored in the concept of an archi-pelago of urban and rural fragments that are embedded in an overall green carped of arcadic landscape. Both, the green carped and the fragmented urbanized patches are to be developed according to negotiation processes and mutual agreements between various comunes and stakeholders.

Qualitative improvement of Resdiual Arcadia can only be achieved through coordinated orchestration and with the constructive will of the people. Pro-grammatic diversification, consciousness for natural resources and a certain level of self-organization are crucial preconditions for a new type of living model situated between city and nature. 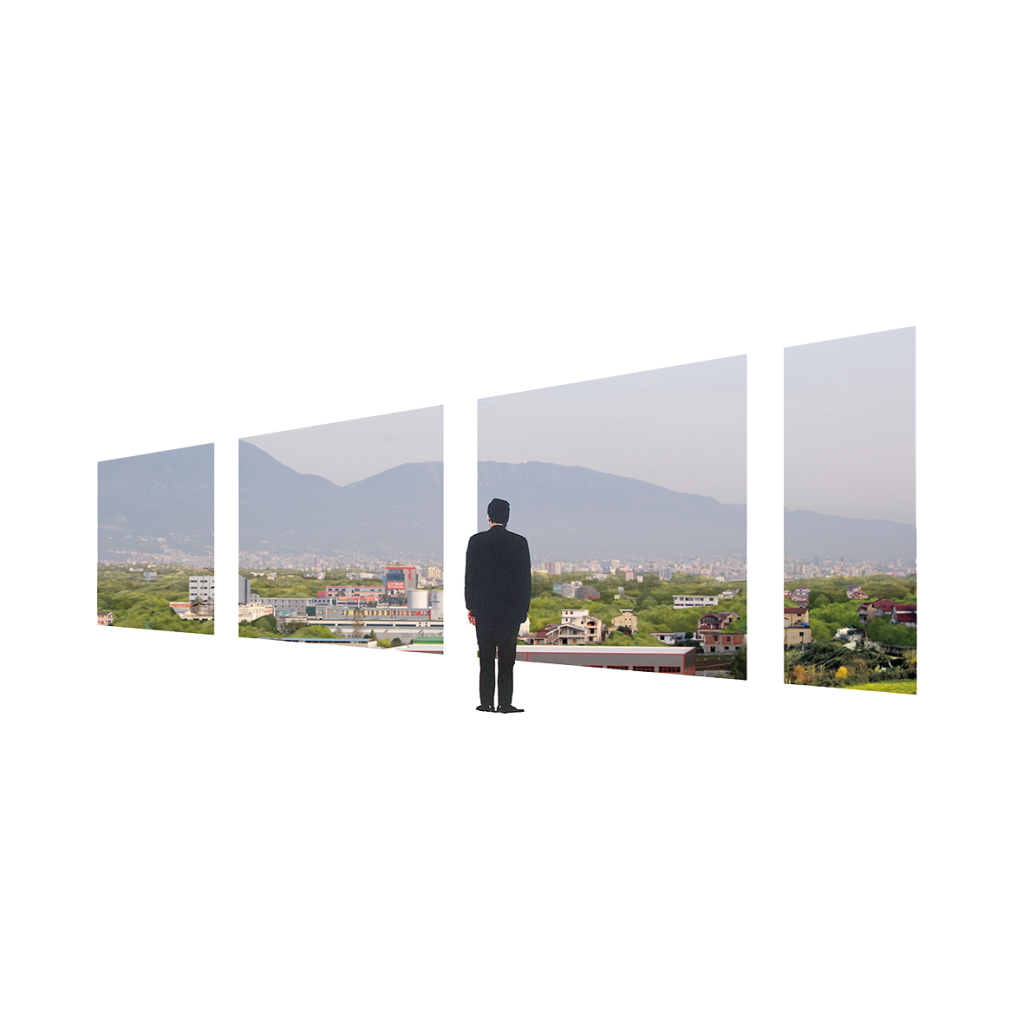 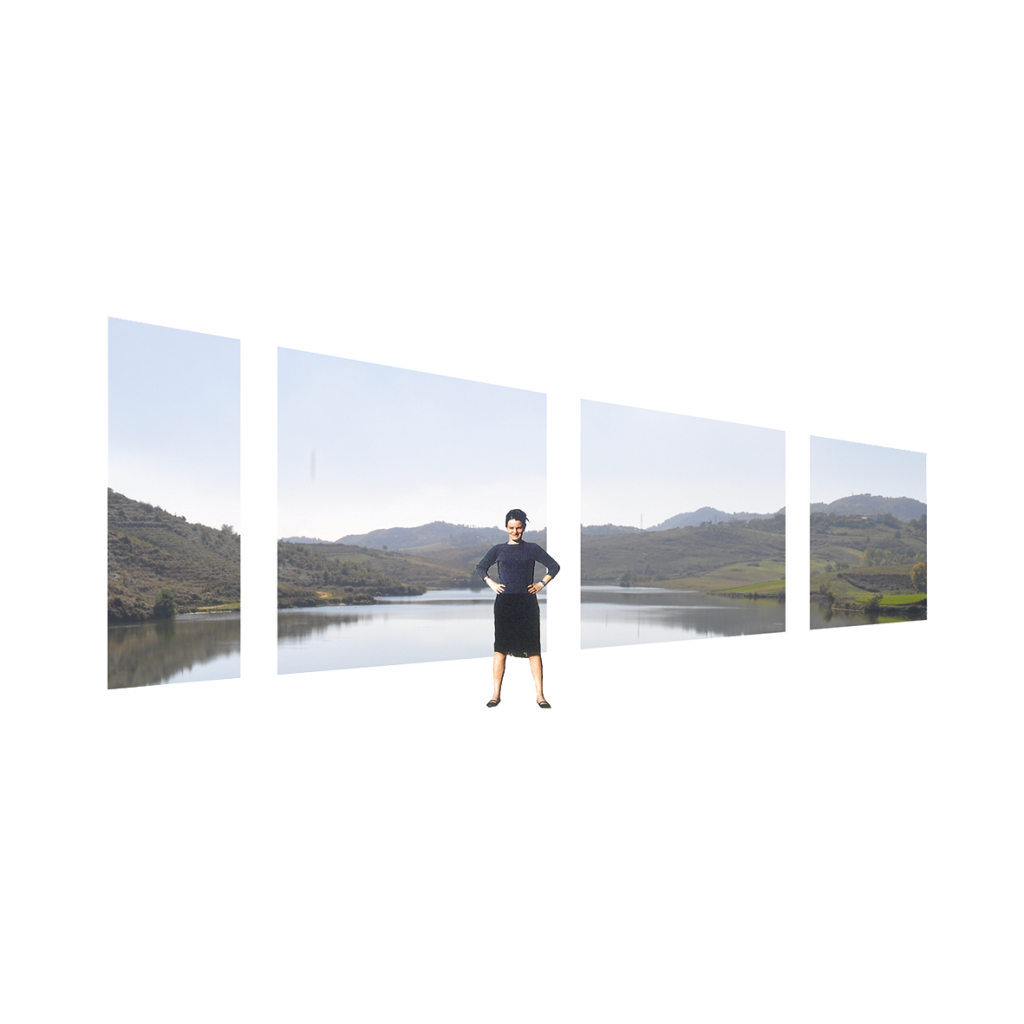