The fundamental condition of informality is precariousness. The existential uncertainty which underpins the anxiety of informal living is exacerberated by seemingly every condition of everyday life: the unstable, ad hoc buildings, the unplanned development which is somehow simultaneously both too-dense and too-sparse, the lack of tenure and the questions hanging over utilities, land and legality. But it spreads beyond the physical conditions—it is an aspect of life itself. The lack of access to education and employment, the proclivity to crime and dependency on drugs and alcohol, the social isolation, the lack of community—each of these contributes to an existence on the edge in which every element acts as a reminder of inadequacy.

Innumerable architects, NGOs, inventors, charities, engineers and assorted outsiders have proposed solutions to the problems yet few have really gained traction. When governments move in the results are almost invariably failures—cookie-cutter solutions laid out in dim networks, too dispersed to make a town, the dwellings too alike and too simplistic to create a streetscape. The houses themselves are usually inadequate—they become symbols of dependency rather than of attainment and they are rarely suited to the diverse needs of communities—proposing instead a single way of living and accommodating little else.

The Table House is archetypical architecture–pure structure, a minimal provision of posts and beams which provides a solid base but little more. It is structural expression of exactly the stability which life in the informal settlement lacks.
One of the most intriguing things about the Table House is that it can accommodate an existing dwelling underneath it. In earthquakes, extreme weather we are told to hunker down beneath a table or protection from falling rubble. The table—that most elemental expression of family life and sustenance—becomes a kind of literal and symbolic architecture of protection.
The structure is simple, posts of reinforces concrete (table legs) and steel beam and deck (table top) and a junction that resembles a kind of concrete column capital. The deck can be a roof for an existing shack of a first floor. The construction allows flexibility within the structure or can become the structure itself. Most importantly it anchors the dwelling to the ground—a solid base from which to start.

The Table House is a kind of miniaturized version of the same idea of freedom in which it is the dweller who determines the materials, scale and appearance of the home. The architect does not dictate the conditions, the aesthetics of the lifestyle—but rather provides only the structure, anchoring the house to the site and the dwelling to the city. 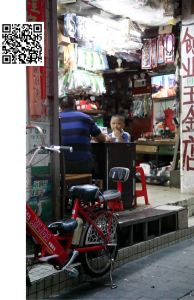